Journey of Souls painting received into the National Museum of the Marine Corps at Quantico, VA. 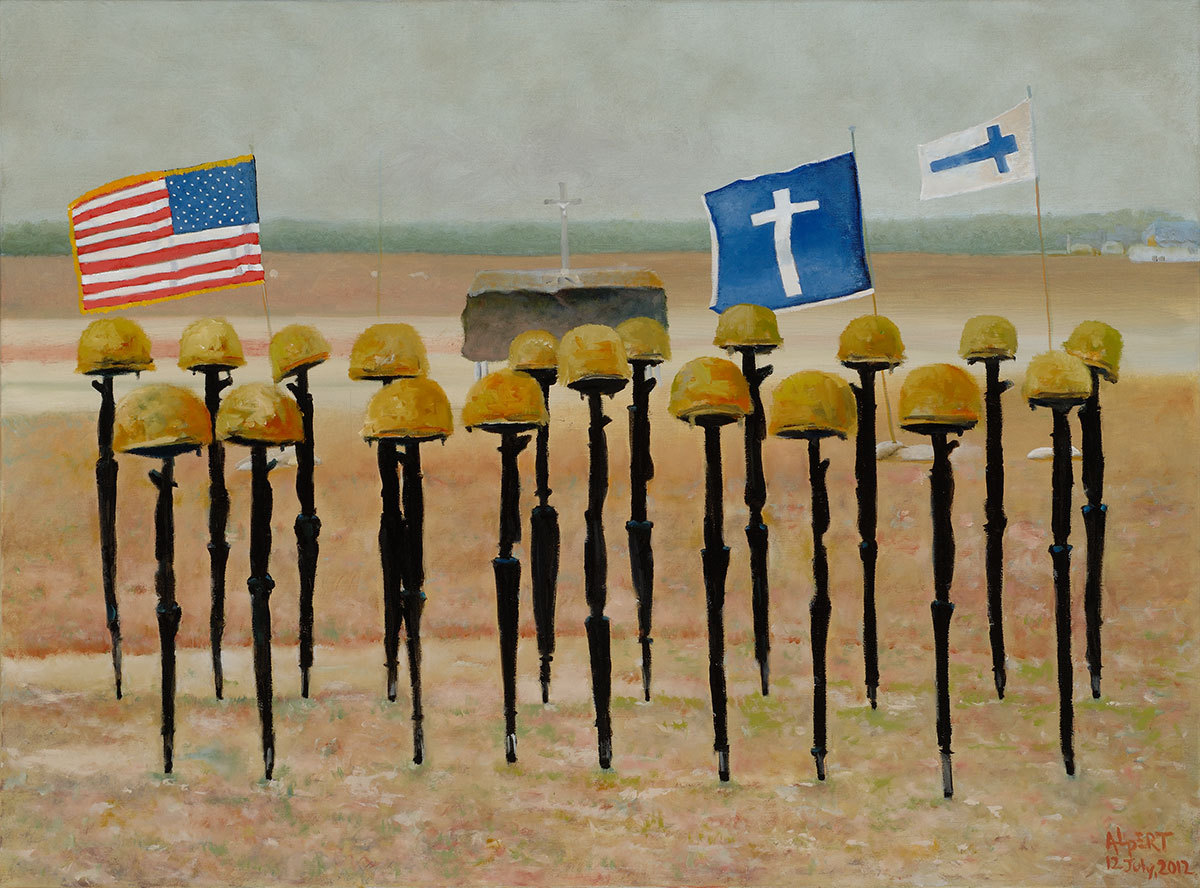 On April 20, 1968, the U.S. military abandoned Khe Sanh, a base in central Vietnam that had been occupied by American forces for almost two years. Following 77 days of intense fighting, the Marines were forced to pull back due to the relentless onslaught of the North Vietnamese Army.Paul Dargan of Hampton Bays still recalls April 20, 1968, as if it were yesterday.

“Journey of Souls is living on and should not be forgotten...This is a final tribute.”
—Paul Dargan, USMC, Khe Sanh, Vietnam

That morning, he stood in the Quang Tri Province, looking at the 19 rifles that had been stuck into the ground. Nineteen helmets were placed atop the rifles, one to commemorate each of his fellow Marines who did not make it through the battle—though there were hundreds of Americans, and thousands of North Vietnamese, who also did not survive.

Read the full story in 27East…