General Odierno at the 30 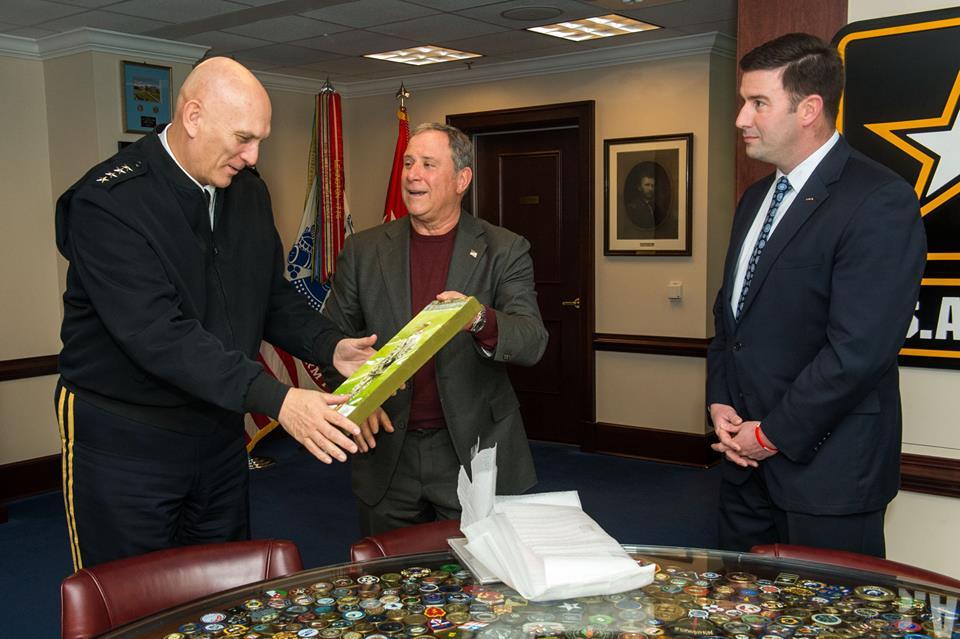 A pinnacle moment in life for me, presenting a painting to General Raymond T. Odierno, Chief of Staff of the Army in his office in the Pentagon, on 12 March, 2015. Present was Army veteran Tim O'Connor, co-founder of Battlebuds.org. Tim offered Dorothy and me his season seats to a West Point football game back in November. General Odierno, who played for the Black Knights, loves to watch the games from his spot on the 30 yard line right in front of us. I snapped a few photos and the resulting painting wound up in the General's hands just last week.