FULL HONORS series of paintings now at the Pentagon 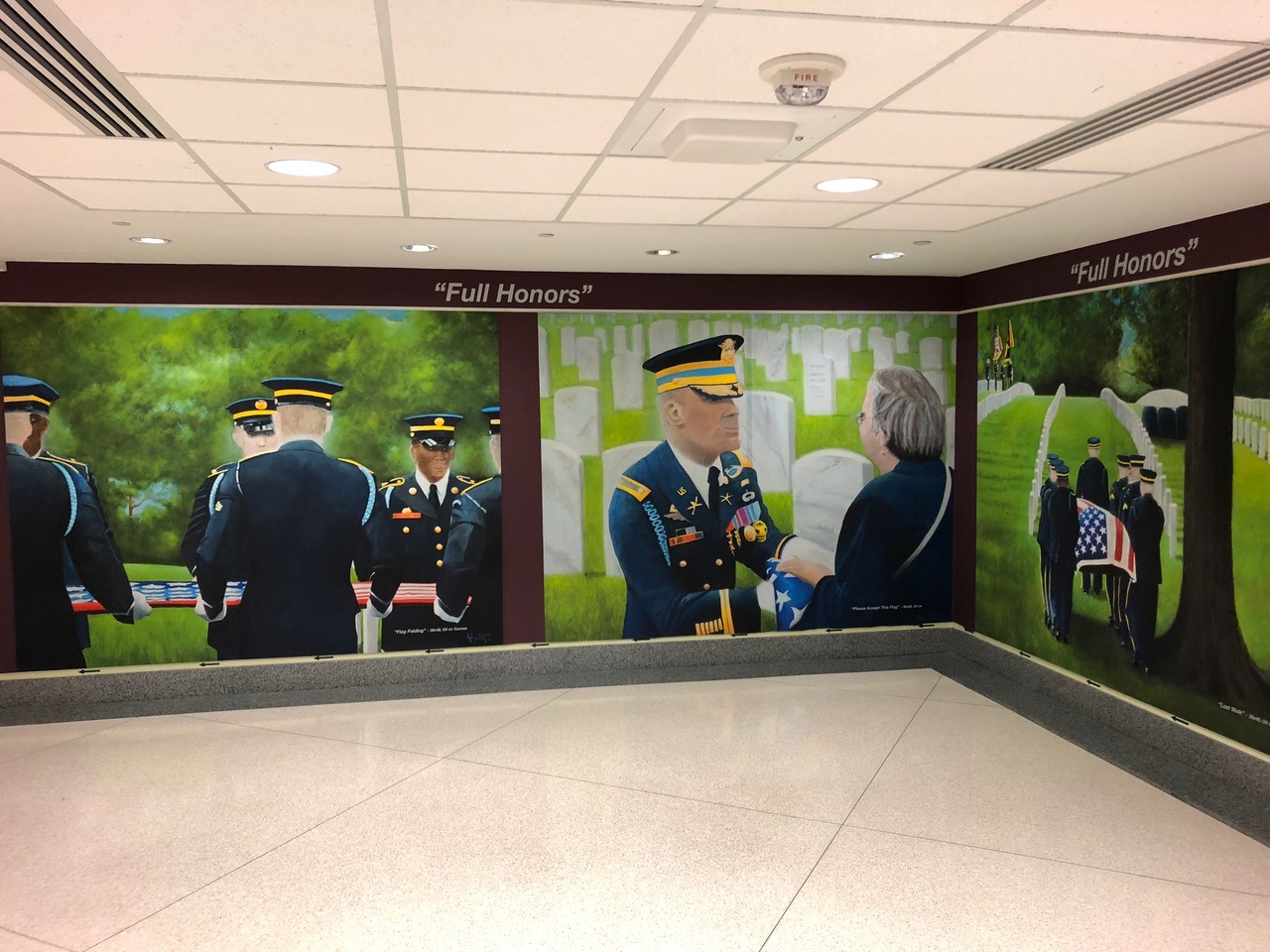 As many of you know I’ve been making paintings that extoll the virtues of the current 1% of our nation’s population — those who serve in the U.S.Armed Forces. Many of you have heard me talk about this FULL HONORS series over the years. I thought you might be interested in knowing how it turned out.

On 27 May 2015 I was given permission to photograph a Full Honors funeral ceremony at Arlington National Cemetery. I meant only to photograph my friend, Capt Matt Canada, a chaplain who was officiating at his final funeral ceremony with the Old Guard before moving on to Ft Bragg. To witness a Full Honors funeral ceremony at Arlington National Cemetery is an unforgettable experience as you might imagine, and if you have observed such an event, you know how impactful and humbling it truly is. On the train back to NYC I looked all the photos from that morning and realized there was a series of paintings, not simply a single mage of Matt Canada.

Two and a half years later the seven paintings were complete. Pentagon curator Albert Jones, USAF (Ret.) blew the images up to mural essentially, on fabric material called Print & Stick and applied them on the walls as you would apply wallpaper. I provided Al with very large hi-res files and Al blew them up to 8, and 10 feet long, and 77” high.

It was an overwhelming experience to see them on the walls so big. If you can gain access to the Pentagon, which unfortunately is not open to the public other than scheduled guided tours, the exhibition is on the 3rd floor apex, between corridors 1& 2 and will be in place for one year.

READ THE FULL STORY in the Arlington Connection